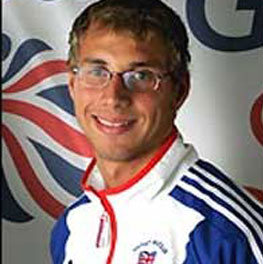 Darren Mew is a two time Olympian for Great Britain who had an 18 year international career. He swam in two Olympic finals and has won medals at World (2xBronze, 7xFinals), Commonwealth(2xSilver, 2xBronze) and European(1xSilver, 6xBronze) levels. In 2004 he set the 4th fastest time in history in the 100m breaststroke and has held Commonwealth, British and English records.

He is a fellow Islander who grew up on the Isle of Wight in the UK but has now relocated to Grand Cayman to work as a swim coach. He has coached swimmers to British Age Group Records as well as medals at British, European, Caribbean levels as well as at the World Island Games.

Darren will be swimming alongside his old training buddy Gary Hall Jr from his days at The Race Club, a swim team owned by the Hall family “I had an fantastic time with The Race Club, they helped me rediscover my love of swimming and introduced me to some amazing new ways to train”.