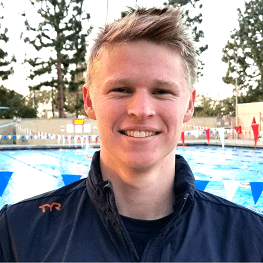 Gordon Mason (Born June 13 1999) is a British Swimmer who specializes in distance freestyle. Born and raised in Hong Kong he moved to Ellesmere College (Titans) in the fall of 2015 where he changed his focus to open water. Since then he has been selected for one World Junior Championships (2016), two European Junior Championships (2016 & 2017), and two European (LEN) Cup legs (2017).

He is currently training in the United States under Dave Kelsheimer with Team Santa Monica. With his sights set on European Seniors and World Juniors Open Water this summer, and bigger things in the near future!