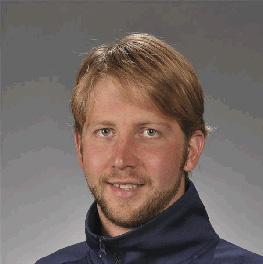 Ian Crocker had a prolific swimming career spanning the better part of a decade.  After winning his first gold medal and setting a world record at the 2000 Sydney Olympics at only 18 years old, Ian started school at the University of Texas. He is one of the only swimmers in history to win the 100 butterfly at NCAA’s all 4 years of college. Internationally, Ian was Michael Phelps’ greatest rival and Ian held the world record in the 100m fly for 6 years!

Ian won a gold medal at all 3 Olympics he competed in and has set numerous World Records and American Records. He received numerous awards throughout his career and is a 2017 inductee into the International Swimming Hall of Fame. Although a fierce competitor, it’s Ian’s compassionate coaching style that he is using to inspire the next generation of swimmers to achieve at the highest levels of the sport.